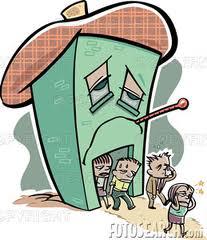 According to the National Safety Council and EPA, sick building syndrome (SBS) is a situation in which occupants of a building experience acute health effects that seem to be linked to time spent in a building. The complaints may be localized in a particular room or zone, or may be widespread throughout the building. What Causes SBS?

The following have been cited as contributing factors to sick building syndrome:

Covers bodily injury, property damage, legal expense and building related clean-up costs resulting from pollution condi­tions on, at, or within a building on a covered location.

• Coverage for both new and historical conditions.

• Clean-up cost coverage for the inadvertent disturbance of asbestos or lead-based paint.

A few years after construction of an upscale apartment community, tenants complained about mold in bathrooms. Multiple build­ings and units within the complex experienced similar problems over the next few months. An extensive investigation revealed that construction defects associated with HVAC systems and showers caused severe water intrusion and moisture build-up leading to widespread mold growth. Damages to the property owner included loss of rents, clean-up costs, and settlements with injured tenants totaling over two million dollars.

A local college received several complaints from faculty and students about musty odors coming from the basement of a classroom building. Upon investigating and interviewing staff members, it was determined that a downward sloped walkway into the basement caused rainwater to leak into a service entrance. The combination of rainwater intrusion and poor ventilation over the years caused extensive mold contamination which needed to be remediated.

City inspectors received notice of possible building violations at a nursing home facility. The violations were serious in nature including signs of water damage on ceilings, light fixtures, and electrical switches. A further investigation discovered black mold within ceiling tiles, under layers of peeling paint, and in areas of noticeable water leakage. Residents of the facility were showing symptoms of rashes, headaches, asthma, and difficulty breathing. The facility had to be temporarily shut down and the residents relocated before clean-up of the extensive mold could begin. Families of several of the residents filed suits for bodily injury against the facility.