Money can’t buy workplace happiness … but what can?

We all know that happier workers are more productive. But did you know that for most people, money can’t buy workplace happiness? Research shows that making employees happy is more than just paying them a good — or great — salary. 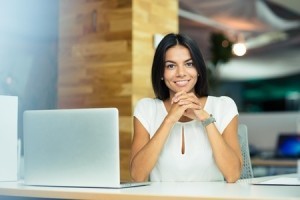 According to one new survey, more than half of workers earning a salary of $75,000 or more consider themselves ‘generally unhappy’ at the office. Other studies show that higher-income workers aren’t necessarily any happier than those earning moderate incomes. So what does make people happier at the office? Here are three things that research tells us employees nationwide and in a variety of industries are looking for from their jobs:

Respect. One survey found that ‘respectful treatment of employees at all levels’ and ‘trust between employees and senior management’ ranked higher than compensation, benefits and job security. Researchers say that creating a more  ’human-based workplace‘ can pay a big role in employee happiness — and ultimately retention — in companies of all sizes.

Less conflict. Studies also show that workplace conflict is a major reason why the best and brightest employees leave companies. That includes unresolved conflict among co-workers and between employees and management.

Flexibility. One study by global accounting firm PwC found that workers who have flexibility, such as the option to work at home at least one day per week, have significantly higher job satisfaction than those who are not allowed some choices in when, how and where they do their work. Even those who are allowed to work at home when they have a sick child — or take time off for family obligations without feeling guilty — are more likely to be happy at work.